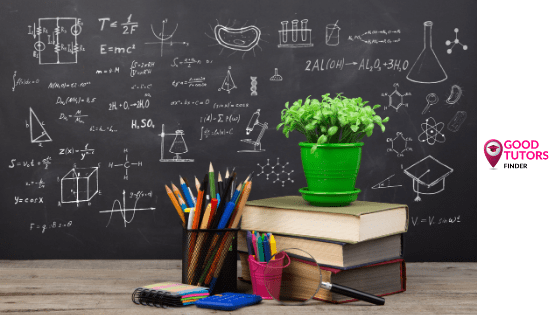 How to Become Better at Science

When it comes to studying science, there are many tips that you can follow that will make it more likely you’ll succeed. From getting ready at home to taking effective notes, you can increase your chance of success by following some basic principles.

When we speak about science, we’re actually talking about numerous topics. Science is a broad term that encompasses several fields. There are three branches of science.

Natural science holds a lot of appeal for people who are interested in the natural world, whether that means the study of the vast cosmos or the depths of the oceans. Natural science itself is broken up into two branches.

Life science is most commonly associated with biology, which is the study of the various structures and interactions within living creatures that make their lives possible. Life sciences can also be broken down into the study of genetics, the immune system, the nervous system, and more. Consequently, the life science field is quite broad, but it always has to do with living creatures.

Physical science can be broken down into physics, astronomy, chemistry, and earth science. Physics is the study of matter in our universe. Astronomy is the study of celestial objects that fill the skies, from burning stars to drifting moons. Chemistry looks at the chemicals and atoms that make up matter. Finally, earth science is a field that focuses specifically on the earth and its natural environment, such as its atmosphere and biosphere.

Finally, the social sciences is the study of people and their relationships within a society. These studies can focus on the individual or expand to society as a whole, which is why the social sciences include both psychology and sociology. However, also included are fields like economics, education, anthropology, history, and even studies of the law.

The first type of notes that you’ll want to be able to take is the outline method. The outline method requires that you write three levels of notes: the main topic, the sub topic, and the supporting facts. The main topic line should occur at the top of your notes and be a brief review of the main concept your instructor is talking about. For instance, you may be discussing whale biology as the main topic. The sub topic includes a specific aspect of that main topic. For instance, within whale biology, you may need to study the sub topic of the whale’s digestive system or its neurological system. Finally, you’ll want to include supporting facts. Although your supporting facts will be the longest part of your notes, you don’t want to go overboard and get so lost in note taking that you’re constantly playing catch up with your teachers. Make your notes just long enough to get to the point and focus on the main information that your teacher is trying to communicate.

While the outline method is great for certain topics, it’s not great for dealing with formulas that you might use in mathematics or topics like chemistry. So, for taking notes about formulas, you’ll want to use the two column system. This is similar to the Cornell method of note taking. At the top, you’ll want to write where in your book you can look for follow up information and the formula that you’ll be learning about. In the left-hand column, you’ll want to write the formulas and an example of solving a problem using it step by step. In the right hand column, you’ll want to explain each step in words. Explain what symbols in the formula mean before going through the step by step process of explaining the formula. Finally, at the bottom of the paper, write some key ideas that are important to the formula. These ideas are different from the step by step process and might indicate when you should apply the formula.

The final type of note taking that you’ll want to be familiar with is less of a method and more of a general guideline. For complex systems and processes, it may help to use diagrams and charts as visual aids. You can use something similar to the two column method for this approach. So, when taking visual notes like these, you’ll want to write in a key idea at the top of your notes. For instance, you might need to take notes about cells that split. So, you would write “cell division” at the top of your notes. Next, you’d write your diagram on the left side and explain what’s happening on the right side. For instance, if you were writing about the topic of mitosis (which is a type of cell division,) you would draw each stage of the splitting process. At the top, you would draw the cell before it starts splitting. At the second stage, you would draw what’s happening inside the cell that causes it to split. Finally, you would draw the result: two new cells that were made as a result. On the right, you would explain in words the details of what’s happening at every stage of the process.

Using these three note taking methods, you’ll be able to succeed in any type of science course. This combination of visual aids and detailed, verbal note taking are sufficient for note taking in any topic.

Terminology refers to terms specific to your area of science. For instance, in biology, terms like organisms and genes often come up. Very often, these terms are bolded or included at the end of every chapter. Make sure that you write these terms down and their definition, that way you can reference them easily in the future. Learning your terms before class can be especially helpful, since you might be confused about phrases that your instructor uses in class.

Concepts are more complex than terms. These are less easily defined and require more complex notes. For instance, mitosis is a term, but it includes a detailed process that includes DNA splitting and chromosomes. Identify subject lines in your book and find these concepts. Typically, the first line of any section gives you an idea of what the whole paragraph is about. So, if you’re struggling to identify the point of any section, review the top line.

Besides terms and concepts, you’ll also find plenty of visual aids in your reading. Diagrams and drawings can often be found throughout your book, and these visual aids are helpful when it comes to understanding concepts. Don’t be afraid of drawing your own version of these diagrams, which can help you with your understanding of the concept that visual aid is trying to communicate.

Even with the best notes and effective outside reading, certain subjects can sometimes be hard to understand. When this happens, it’s important to look for additional help. Sometimes, this can mean getting independent help from your teacher. In high school, teachers can often be found at the end of the day, while at the college level, teachers often have dedicated office hours. It’s important that you find out when your instructor is available so you can get help when you’re struggling.

These days, you can also find online help in almost any topic. Sometimes, a simple Google search can bring up results that will help you to better understand a topic. However, it’s also common for books to come with dedicated online resources that you can access. Books very often have codes that you can use on the publisher’s website to access examples that will help you better understand a topic. In some cases, the help can be very robust, with animated visual aids and examples.

However, you also want to connect with your fellow students and use them as an aid. Forming a study group at the beginning of the year can be one of the most effective ways of helping you learn in science. If you miss a class, your classmates can help fill you in using their own notes. When studying for a quiz or exam, you can also turn to your classmates to help you get prepared. By comparing notes, you can find areas that you missed out on or important concepts that you might not have completely understood. Once you create a study group, you can also turn to them over the following years as you continue to study new areas of science.

Our Tutoring Services offer excellent Tutors at Home and Online, in Mathematics, Science, Physics, German, French, English, and more. We help to improve your marks, master a skill, or go beyond the curriculum. We offer One-to-One and Group Tuition Online.

The last guideline that you’ll want to follow involves getting prepared at home. Too many students find themselves arriving at school in a rush and feeling stressed out. This makes it less likely that they’ll be able to learn effectively. However, with some simple changes, you make it more likely that you’ll be able to understand important concepts during your teacher’s lectures.

Everything begins with getting a good night’s rest. Don’t underestimate how hard it can be to learn whenever you fail to get a good night’s rest. Before going to sleep though, take care of a few things around the house. Make sure that you pack all of your books and materials the day before class, that way you’re not rushing to get your materials together in the morning. You’ll also want to take the time out to set your clothes out for the next day, that way you’re not stuck deciding what to wear in the morning. Just by taking care of these two things, you’ll make time to enjoy breakfast, which is important to having the energy you’ll need to learn effectively. Creating extra time for yourself will help guarantee that you get to school on time with all of the materials that you’ll need. With less rush and stress, you’ll be in a better position to learn once you arrive in class.

You might also be interested to take a look at our Study Skills resource hub for more study guides. Below you’ll find more editor and user recommended study skills resources, guides and learning tutorials that will help you learn Science and improve your study skills.

If you would still like to provide your child with a trained tutor after school who can help with structure and organization, we have just what you need. At Good Tutors Finder, we only have hand-picked tutors who are well versed in these and other strategies and can apply them, whether they are in IB Diploma, IGCSE, AP, or lower grades. Mathematics, Science, Physics, German, French, English, and more, no matter which subject is difficult, our tutors can help out.

Our tutors are available everywhere in The Netherlands, including Rotterdam, Amsterdam, The Hague, Eindhoven, Utrecht, Wassenar, and all other cities.

Find out more and book your tutor today!

How We Help Children with Dyslexia with Their Homework