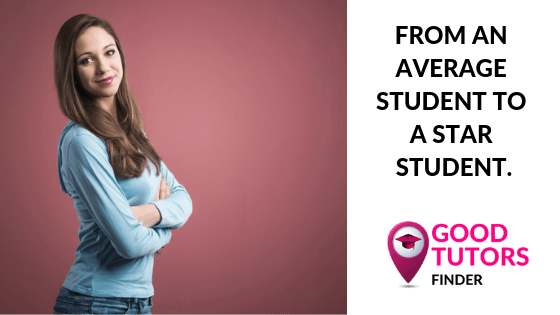 FROM AVERAGE STUDENT TO STAR STUDENT

Back when I was about 10 years old, my academic life took an unexpected turn. There was this one school that I wanted to attend but due to financial constraints, it took me years before I was able to transfer. So when my mother told me that I was going to be attending my “dream school” by the next school year, I was understandably elated and over the moon about it. Like most children, it never crossed my mind how much of an adjustment I had to make. All I could think of was wearing the uniform and getting “bragging rights” for being one of the students there. But after the rush of my first day high, I soon came to realize that this was now a new terrain, a new battlefield – a totally different academic landscape.

It was like having a dream come true only to realize that you’re actually in a nightmare-ish reality. All the things I thought I had learned and even mastered from my previous school meant nothing. At least I had English and Science to keep me afloat. But apart from that, and especially with Math, I was getting straight Fs during the first quarter. It was that bad.

But I was always open and honest to my mom and I told her about how I was struggling to keep up with some subjects and how I was failing in Math. Without any hesitation, she immediately enlisted the help of a tutor and enrolled me in some remedial classes through which I was given exercises and take-home assignments. It didn’t really matter if I got the answers right or not because when I brought them back to my tutor, she painstakingly took time to explain the concepts again and again until I was finally able to understand.

In the next quarter, I was able to show immense progress. But instead of cutting my tutorial classes, I continued to have them until I was a Freshman. By then, I had blossomed into a Math Wiz. I was so good at it that I started teaching others how to gain a better understanding of the subject.

Some people would say that my determination is commendable but the real hero of my academic success story is my tutor. Had it not been for her patience and diligence in tutoring, I would not have been able to reach my full potential. As it turns out, all I needed was a little push. Here is how to go FROM AVERAGE STUDENT TO STAR STUDENT.

How to Manage your Time to Improve your Study

12 Strategies to Motivate to Study