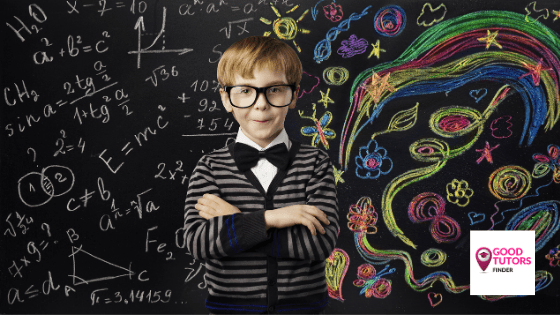 How to Help Your Child Succeed Academically

In the high-pressure, high-stakes game of school, it can be difficult to know which parenting strategies really promote learning. A successful experience in school is not only about report cards. Ideally your child will learn how to learn, retain information, think independently, ask questions and develop an increasing sense of competence. Here are some guidelines for making sure you start on the right foot and keep enthusiasm and momentum high throughout the school year.

There is so much to think about each school year, but above all else, these simple rules can help keep you focused on what’s most important can help your child succeed academically.

Value the Process Over the Product

Very young children are naturally driven to learn and explore. They are at the very beginning of their lifelong quest to understand and gain mastery of the world around them. As they reach out, fall and get back up again, they gain a heightened sense of mastery, competence and self-efficacy. Somewhere around kindergarten, however, parents and teachers begin to undermine this process by devaluing the process of learning and replacing it with a mad dash for the end products. Suddenly, the intrinsic motivators of natural curiosity, competence and self-efficacy are less valuable than extrinsic motivators such as stickers, points and grades. Unfortunately, extrinsic motivators undermine kids’ desire to learn over the long term. If you’d like your kids to remain curious and hungry for mastery, here are some tips that can help your child succeed academically:

Everyone (yes, that means parents, too) sets three short-term, achievable goals oriented around tasks and improvements under your control. For example, “I’m going to get all A’s this semester” is too broad and too difficult to control. Instead, try “I’m going to ask for help in math more often,” “I will plan one extra help session a week,” or “I will practice my multiplication three extra times this month.”

Education and parenting are both long-haul endeavors, and improvements don’t happen on a daily basis.

Kids are overscheduled, families are in a constant rush, but a few, strategic pauses in your family’s day can make a huge difference and can help your child succeed academically.

Present mornings, chores and homework time to kids as a problem to be solved together. In a quiet, calm moment, say, “You know, mornings are really hectic around here and it’s hard for everyone to remember to get out the door with everything they need. How do you think we can make mornings easier and happier?”

Kids are more likely to stick with a plan they created themselves. Buy-in happens most often when kids have a hand in creating strategies, and sometimes it’s more important to be functional and efficient than to be right.

Try asking, “What would your ideal morning routine look like?” or “What would a perfect homework day look like for you?” then help them come up with ways to make those visions real.

3. COMMUNICATION BETWEEN SCHOOL AND HOME

When students, parents and teachers communicate openly and honestly with each other about what’s happening at home and in the classroom, everyone can stay focused on the learning.

The research is clear: Family involvement and positive home-school communication have been associated with improved grades, positive behavior and attitudes about learning, increased participation and increased attendance. Start by finding out how your child’s teacher would like to be contacted, and honor his or her preferences by sticking to that method.

When something comes up, go to the teacher first, and not to the principal. That is unfair to both the principal and the teacher. Besides, the principal most likely was not present in your child’s classroom to witness the events in question, so it puts him or her in an awkward position.

4. WORK WITH THEIR BODIES, NOT AGAINST THEM

As the best learning happens in the context of healthy brains and bodies, here are some ways to ensure kids are ready and able to learn.

The Link Between Sleep and Learning

Sleep is integral to learning and memory consolidation, so prioritize sleep over other activities. If your child isn’t getting to homework until late, think about what else in the family schedule can move to make that a priority. Talk about scheduling before committing to a new extracurricular activity in the first place.

School-age children need 9 to 11 hours of sleep every night in order to be physically and mentally healthy. And teens need 8 to 10 hours of sleep. But studies show that they are getting far less than that. This is partially because of two developmental changes during adolescence:

Remember, “catching up” on the weekend does not work because it can throw off children’s circadian rhythms further, compounding the problem.

The National Sleep Foundation recommends adolescents try keeping a sleep diary to put the reality of their sleep habits in black and white. It’s hard to claim you are getting enough sleep when the numbers tell a different story.

If your child asks for “just one more hour” for homework or to prepare for a test you can tell them that all other things being equal, an extra hour of sleep will likely be more valuable for memory consolidation than an extra hour of study.

Until fairly recently, scientists believed that because childrens’ brains are done growing by the age of 10, their brains mature by 10 as well. This could not be further from the truth. Kids’ brains are still developing on a cellular level, in a process that won’t be completed until their mid-20s.

Children’s brains develop in fits and starts, with a first period of massive growth and development between the ages of 1 and 3, and a second during adolescence (between 11 and roughly 25). During these periods of heightened change, their brains are said to be highly “plastic,” meaning they adapt and grow rapidly in response to their environment.

Increased brain plasticity also means increased potential for learning because brain cells morph from their immature, inefficient “gray matter” state to their more mature and efficient “white matter” state, while building up to 100,000 new synapses per second. Brain cells talk to each other via synapses, and it’s a “use it or lose it” situation. The more brain cells talk to each other via these new connections, the greater the brain’s potential to process and learn.

The last part of the brain to mature is the frontal lobe, where organization, time management and all those other executive function skills happen, so be patient. Middle and high school kids can’t possibly manage all the challenges school and society throws at them, so support kids as they try, fail and try again.

Our Tutoring Services offer excellent Tutors at Home and Online, in Mathematics, Science, Physics, German, French, English, and more. We help to improve your marks, master a skill, or go beyond the curriculum. Our Tutors master the IB Diploma, IGCSE, AP, and Gymi syllabus.

Good Tutors Finder is available everywhere in The Netherlands, including Rotterdam, Amsterdam, The Hague, Eindhoven, Utrecht, Wassenar, and all other cities.

Top Tips to Help Students Meet Deadlines and Be On Time

Student exchange – why you should go for it